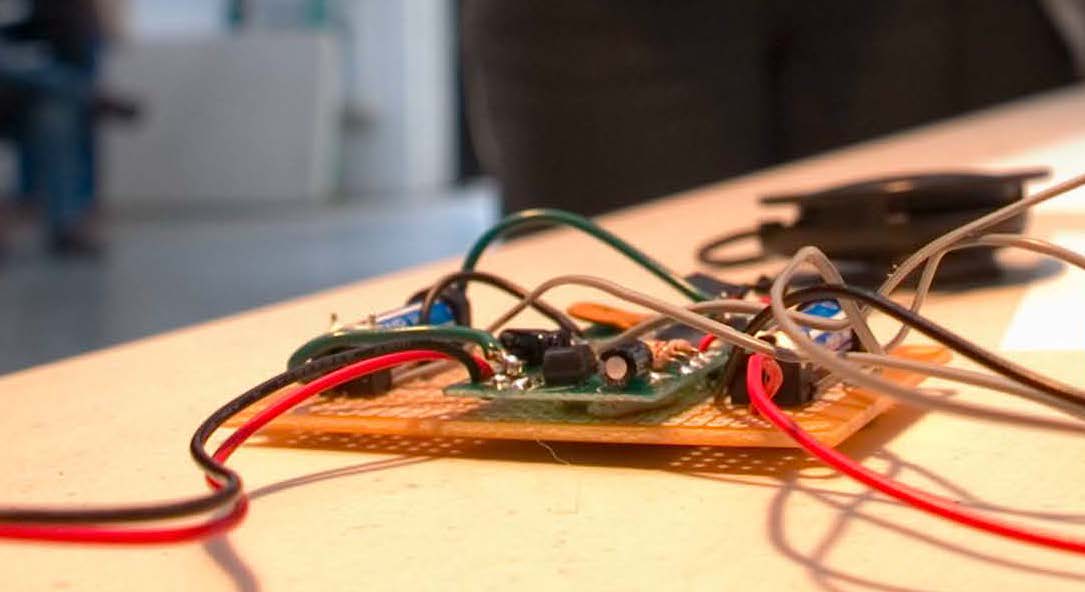 Multiple circuits installed in a space contain the recordings of testimonials (some of them final statements) from inmates on death row. Circuits self-destruct (by short-circuiting and burning out/electrocuting the recording) after a finite number of playbacks. Playback is activated by a sensor that the viewer touches, leaving their fingerprint as they do so. The sound plays quietly through one small headphone speaker – so quietly that listeners have to place their ears against the speaker to hear the sound – only one person can receive the sound at once, and no one else can hear what he or she hears. The face of the listener is dangerously close to the chip that, when destroyed, will heat up, smoke and emit smells as the final listening takes place. Viewers/listeners are informed of the workings of the piece through a text on the table beside the circuits and are therefore made aware of the consequence of choosing to hear the sounds. 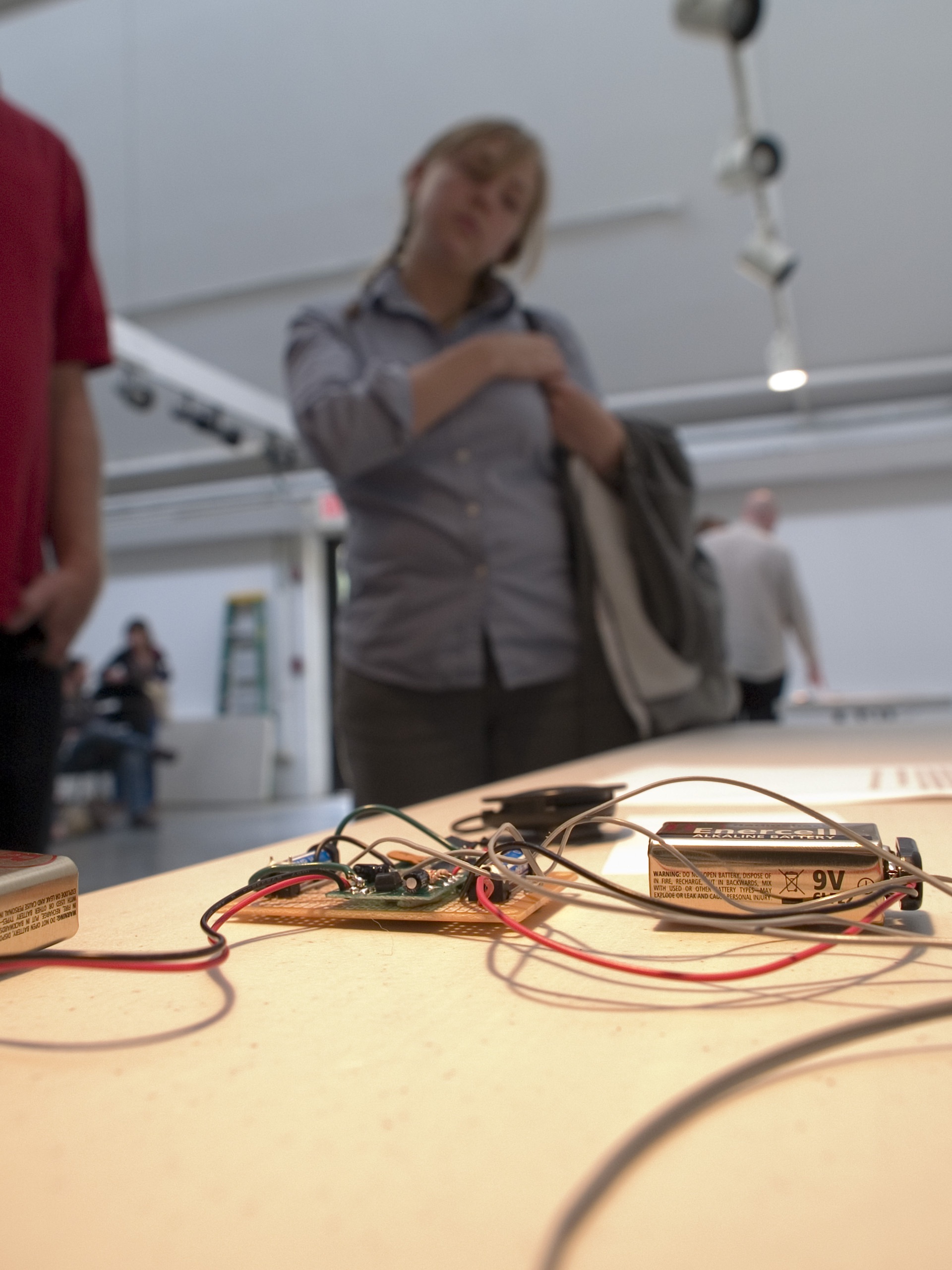 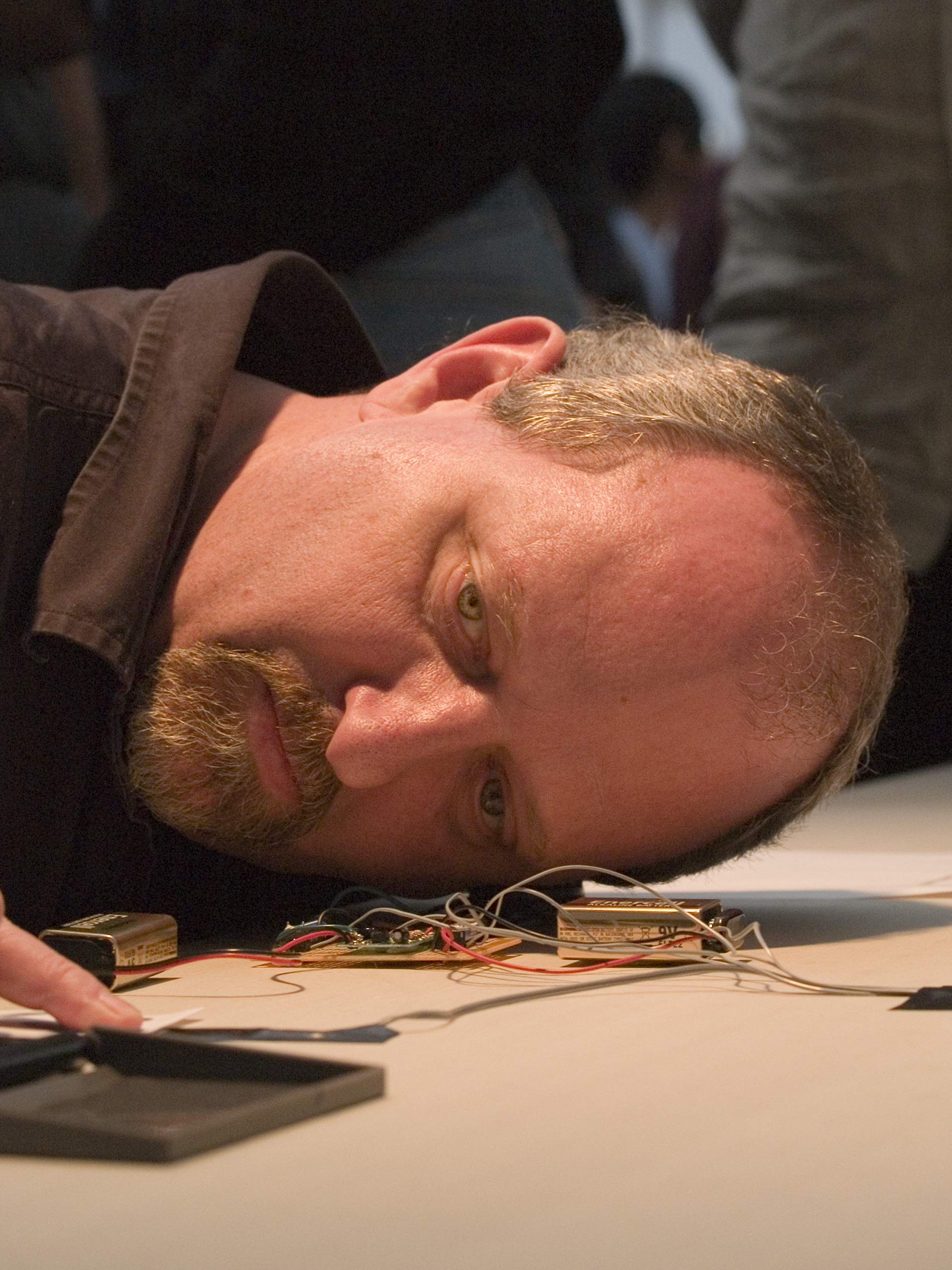 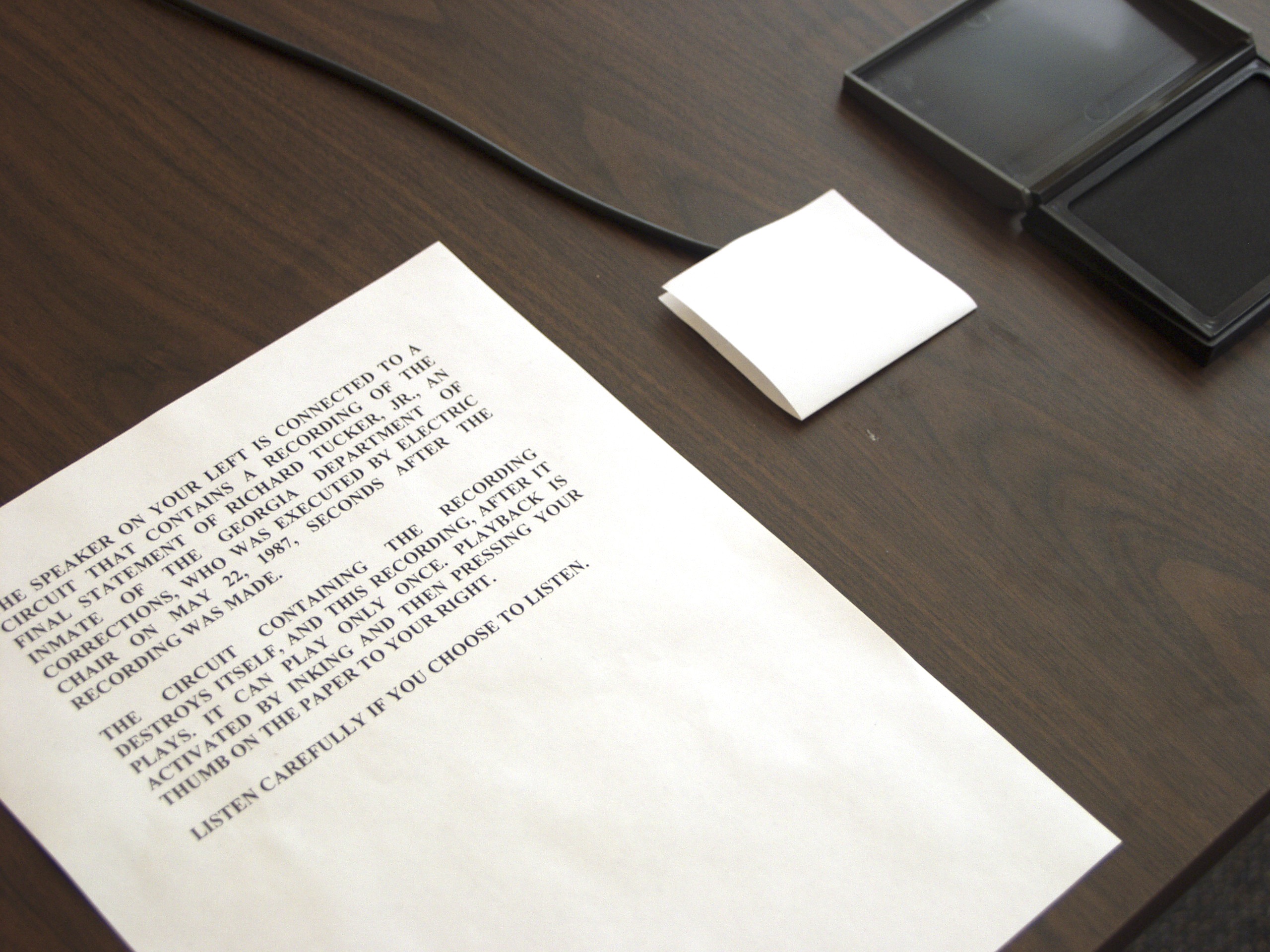