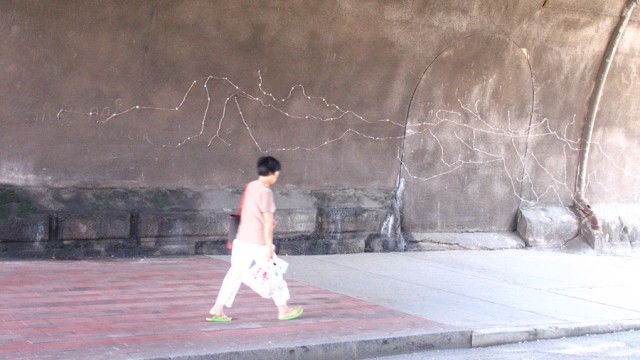 Overheard is a public sound sculpture that was made to be installed in the archway at Frankfort Street & Gold Street, Manhattan. Hundreds of tiny speakers are mounted to this public archway, the wires connecting them traveling along the passageway like vines. Each of the circular nodes in the image above is a speaker. The speakers play the sounds of recordings of people from the area whispering their secrets. I had approached strangers in public places surrounding the site and asked to record them whispering their secrets. (Voice recognition technology, as well as most people, cannot distinguish identity from a whispering voice, so participants were asked to whisper in order to preserve their anonymity.) The recordings are played back, layered and sculpted, a few at a time, in the extremely resonant, extremely public space of the arched passageway. The resultant sounds fill the arch with a rich chorus of the echoes and ghosts of these voices, each of which is just on the verge of audibility/distinguishability in relation to the others. The work comments on the heavy use of audio surveillance and police presence in the area and seeks to break down the boundaries of private and public sound and information by examining the way that amplification and recording and broadcast technologies can facilitate or destroy these boundaries.

This piece was made possible with a Grant for Art in Public Space from the Lower Manhattan Cultural Council. 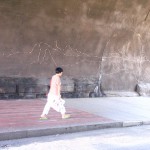 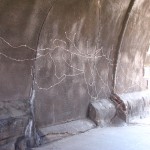 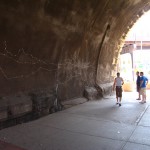 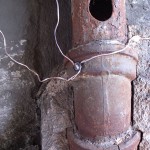 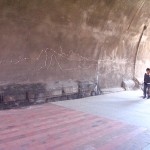 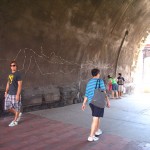 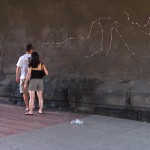 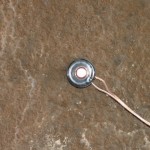